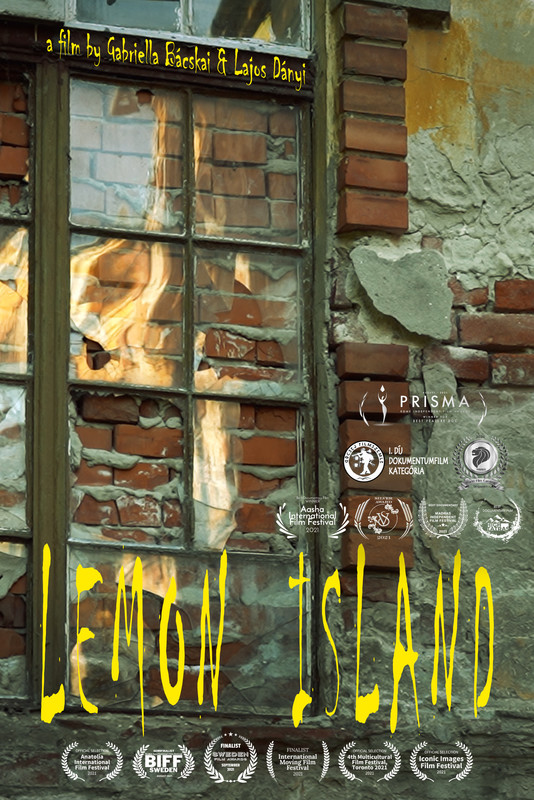 Lemon Island (Citromsziget) is a slum in the town of Nagykanizsa. The dilapidated building complex of the former barracks is now inhabited by the poorest people who broke into the building through the walled up doors and live in rooms without water, electricity or windows. The town’s only homeless shelter operates in this building too. A unique world with a unique atmosphere and its own subculture.
Although drugs and alcohol are the major force here and there is little chance for someone to walk the road back to mainstream society, this is not a deprived environment keeping depressed people alive but a functioning and convivial community with shared tasks, responsibilities with its occasional drama and moments of joy and also with the charismatic helpers whose presence is almost parental.
The film is about a day in this place, it can be any weekday, from dawn to dusk but it is more than just a day: it condenses the past and present of the residents of Lemon Island. It offers a glimpse into the pulsating life of a closed micro-society, into the relationships of those forced to live together out of necessity and it reveals fragments of individual stories with old sins and broken dreams – occasionally reimagined.
There are all kinds of people living in Lemon Island: orphans, divorcees, dispossessed people and criminals. Some have been defrauded, some have been fraudsters. Some have spent time in prison, others have lived on the streets. For some this is just a pit stop, others are here for good.
What they have in common is that they have all suffered huge losses, they have no family, a kind of safety net that could have stopped them from slipping down. Often their only source of comfort is the bottle of wine they keep in the fence poles. They go to sleep in "lakhandis" (illegally occupied properties) and they call the shelter's staff aunty and uncle.
Lemon Island is their home and the employees are their family.