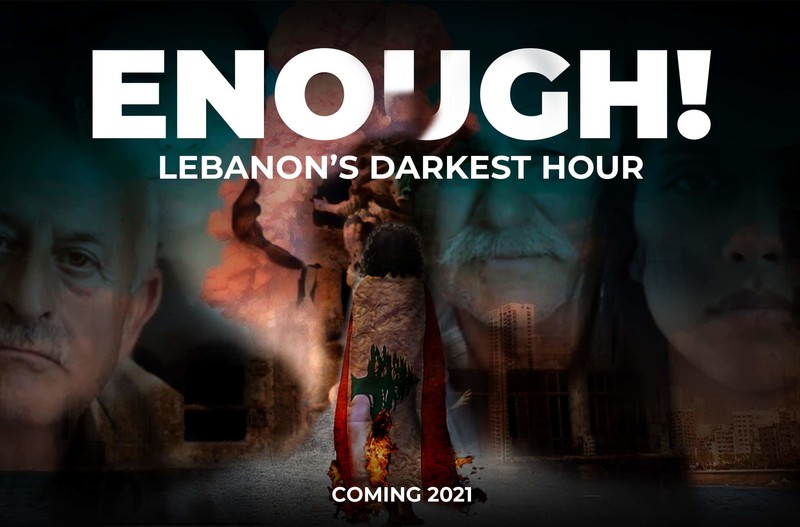 The eyes of the world were forced to turn their gaze upon Lebanon, not only because of the Beirut Port explosion that devastated this ancient city on 4th August 2020, but also because, sadly, Lebanon stands as an allegory for kleptocratic regimes that have seen a resurgence across the globe, and their catastrophic impact.

Before the explosion, the country was already cowering under the weight of decades of civil conflict, unrelenting regional turmoil but mostly from endemic, systemic corruption and pure greed.

This is the first feature documentary to be released since the explosion but is also the first film to capture exclusive and controversial interviews with many of the key political leaders (Prime Minister Saad Hariri, former Foreign Minister Gebran Bassil, Dr. Samir Geagea, Hezbollah Minister Mohammad Fneich, Former Justice Minister Salim Jreissati, Governor of the Central Bank, Riad Salame, among others) prior to the explosion. These are the very men responsible for much of Lebanon's desecration.

This film puts the spotlight on this ruling class and the manifold issues facing the country. Through incisive interviews with whistle-blower, former Director-General of the Ministry of Finance, Alain Bifani, and academic and Middle East expert Thanassis Cambanis, the film blows the lid on the under-the-table, pie-sharing deals that have permitted many of these leaders, their families, and cronies to remain in power for decades.

The film addresses the revolution and the global social justice movement that was triggered in 2019 among the diaspora who rallied to support their families and friends back home. It provides a powerful insight into the complex traditional and emotional loyalties within human beings that still, to this day, threaten any chance for change and evolution.

The people have a chance to save themselves, their future, and their nation - national elections in May 2022. This film hopes to be the trigger that launches a global movement #freeandfairlebanon to force real change.

Seen through the eyes of Lebanese-Australian journalist and filmmaker, Daizy Gedeon, this film is the wake-up call for all people to stand against oppression and corruption by using their voice and democratic right to VOTE - VOTE FOR CHANGE!