Cinema Veli Lošinj-Rebels with a cause 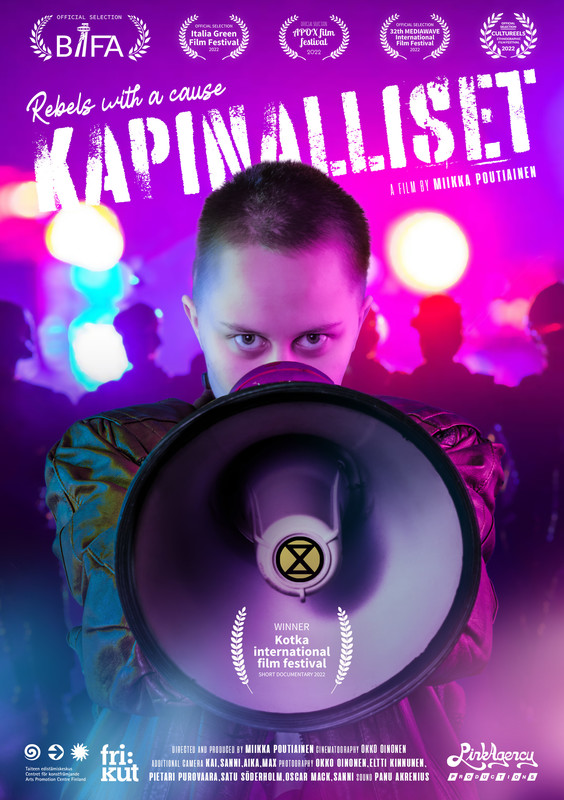 Girl next door Sanni (21), who engages in Extinction Rebellion (Elokapina) civil disobedience, has given up her job for the sake of all of us and to save the world from a climate catastrophe. Quick-witted Eltti (18) combines queer and environmental activism and uses it as fuel in their performances. Although Sanni and Eltti pursue the common good, the task of the activist is heavy, and neither the authorities nor all citizens seem to understand their good goals.

The themes of the film are civil disobedience, the activist's trauma and the role of the authorities as the protector of society in Finland that is said to be the world’s safest country and country that has one of the most trusted police force and one of the best internal security in the world. What feelings does the activist have to go through in the action and who should the officials eventually protect and from whom?

The film is based on Sanni's interview and her and Eltti's follow-up. The film follows Sanni's participation in the Extinction Rebellion action launched by Eltti and XR Youth Finland on Nelson Mandela's day in the center of Helsinki, Finland. In addition, the film follows Eltti's participation in the  Extinction Rebellion Autumn Rebellion on Mannerheimintie. The film also utilizes archival materials from the Summer Rebellion as well as Instagram posts. The summer and autumn rebellions were one of the biggest media events of the 2021 in Finland, in the country where the demonstration culture has traditionally been very restrained and authorities have been deeply respected.

The work paints a hopeful and sympathetic picture of awake contemporary youth who are ready to fight the climate crisis, even by resolutely breaking the law. The film also contributes to correcting the notion that Extinction rebellion is an anarchist organization.