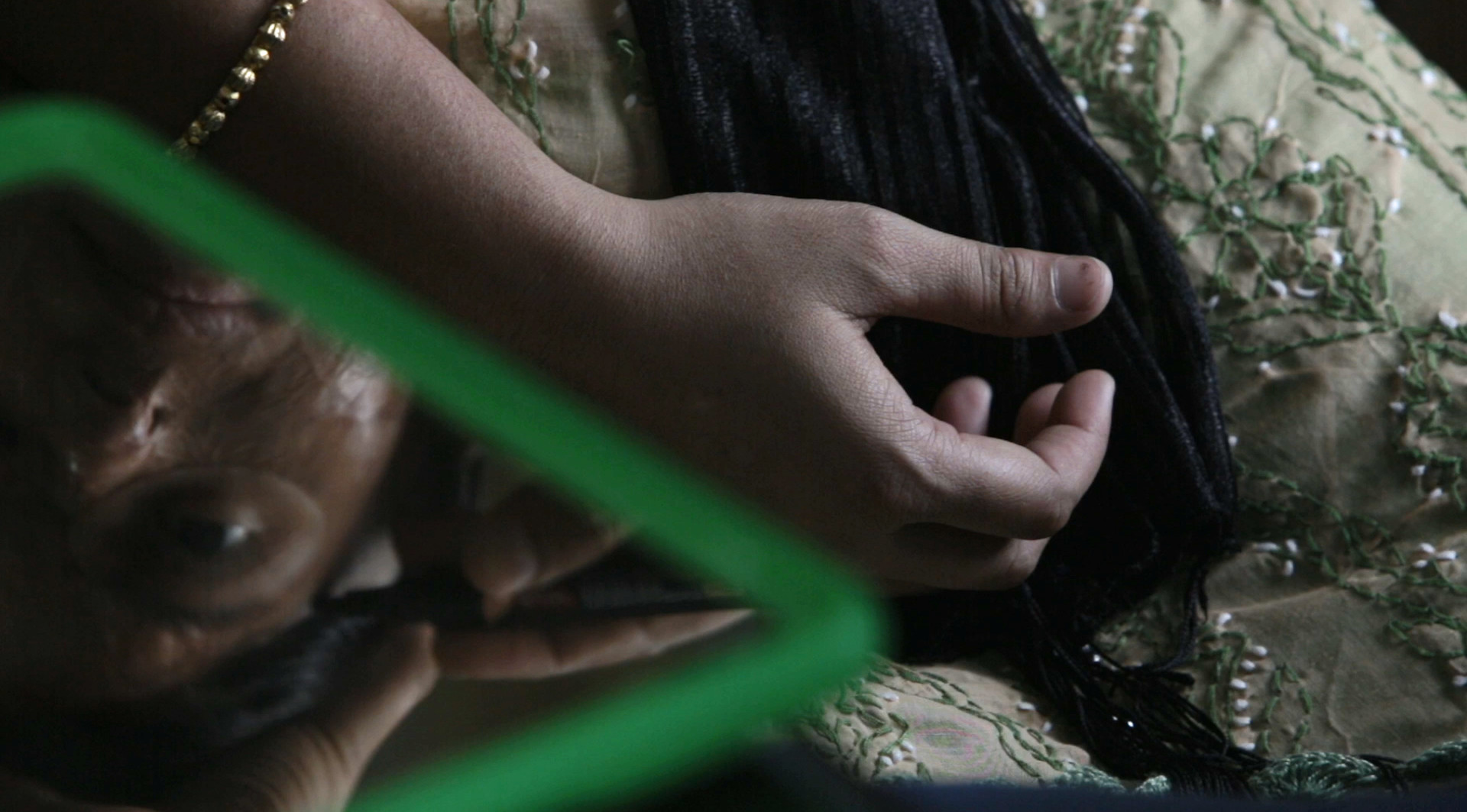 A momentary act of revenge transformed the lives of two young Indian women forever. After surviving an acid attack, while carrying scars of human brutality on their face, both Ritu and Faraha learn to redefine their lives through a sea of odd currents daily.

Strangely enough, Ritu’s scars also brought her some fame, she occasionally finds herself talking on television, modelling at fashion events, or featuring in a Bollywood film… still, she often feels lonely. She wants to be loved and embraces an ambiguous relationship with a fellow female acid attack survivor. On the other hand, Faraha has come to terms with her post-attack singlehood and her new lease of life. As she begins to enjoy the freedom and independence, a desire to become a mother slowly brews within her.

By intertwining the shadows and lights, and hope and hopelessness in Ritu and Faraha’s life, Ayena becomes a mirror where we can also see our own reflections.