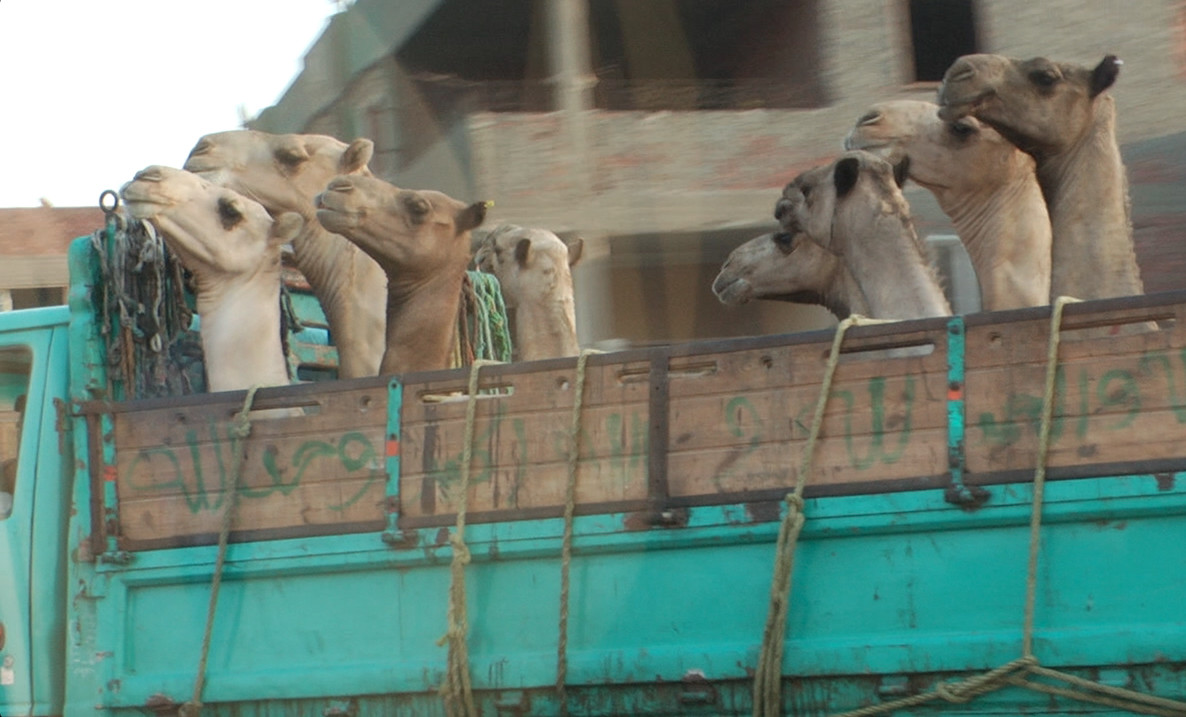 This documentary is about the pyramids and temples of Ancient Egypt, interspersed with snapshots of everyday life from modern day Egypt.
The concept is that pyramids were more than simply tombs; they were designed to interact with the sun on a set date in the year and this documentary shows how. They designed them this way so that they could assist the king with his principal afterlife goal, which was to ascend to the sun boat where he would live on for all eternity. The juxtaposition between modern life and the mighty architecture of old is fascinating. One shot is of the pyramids, followed by a tiny truck loaded with a dozen camels; another is of the mountain temple at Abu Simbel, followed by a Bedouin making shaye by plugging the internals of a toaster into the mains
and sitting the cup upon a hollowed out brick which was his homemade hotplate!